Richmond Barracks is a Dublin City Council – Community Partnership to restore and commemorate the heritage of Richmond Barracks, Inchicore, a British military barracks for 180 years, from where many Irishmen were sent to the battlefields of the Crimean, Boer and First World Wars. The leaders of the Easter rising were held in the barracks gymnasium to await their courts martial. Those held in the barracks included Michael Collins, Eamon De Valera, W T Cosgrave and all the executed leaders of the Rising. After independence the barracks was converted into public housing. Two of the buildings, a barracks room and officers gymnasium, became a school; during this period the gymnasium cupola was removed. These buildings have now been restored as a visitor attraction. The barrack rooms contain exhibitions relating to the history and heritage of buildings, the gymnasium is now a conference, reception and exhibition space. An extensive garden has been created in the former barracks square.

We carried out a detailed engineering assessment and quantitative analysis of the existing roof structures. This analysis demonstrated that the existing structure could safely support the additional loads from the reinstatement of the octagonal cupola in the gymnasium roof without further intervention. Similarly historic strengthening of the barracks roof structure was retained unaltered. We searched for documentary evidence of the construction of the barracks and of similar buildings from the same period. Drawings obtained by us from the UK National archives at Kew provided detailed evidence of the form of construction of the octagonal cupola. This evidence provided justification for the structural form of the reinstated cupola as well as guidance on finishes for the architect.

The architectural design connects the two formerly separate buildings with a light, glazed link that complements the historic fabric while not detracting from it. We designed a slender steel frame structure which is fully expressed within the link building.

It was delivered on a very tight timescale of eight months with a fixed, unalterable deadline set by the commemoration programme for the centenary of the Easter Rising. 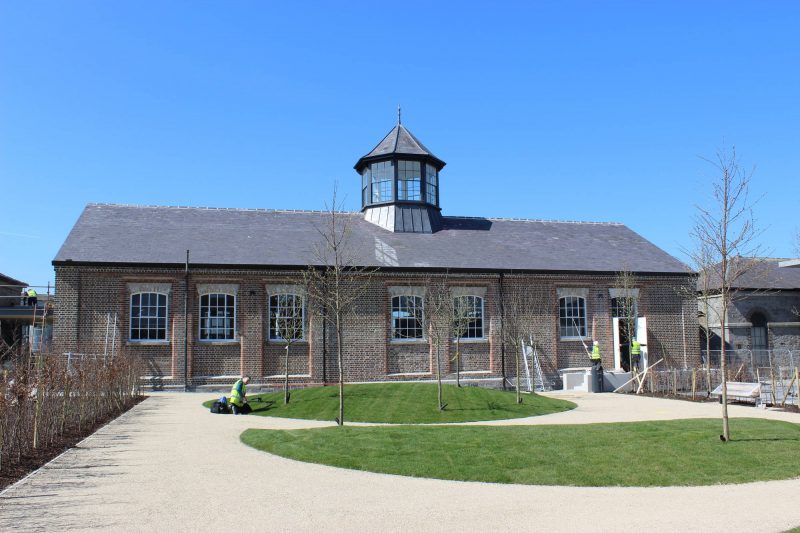 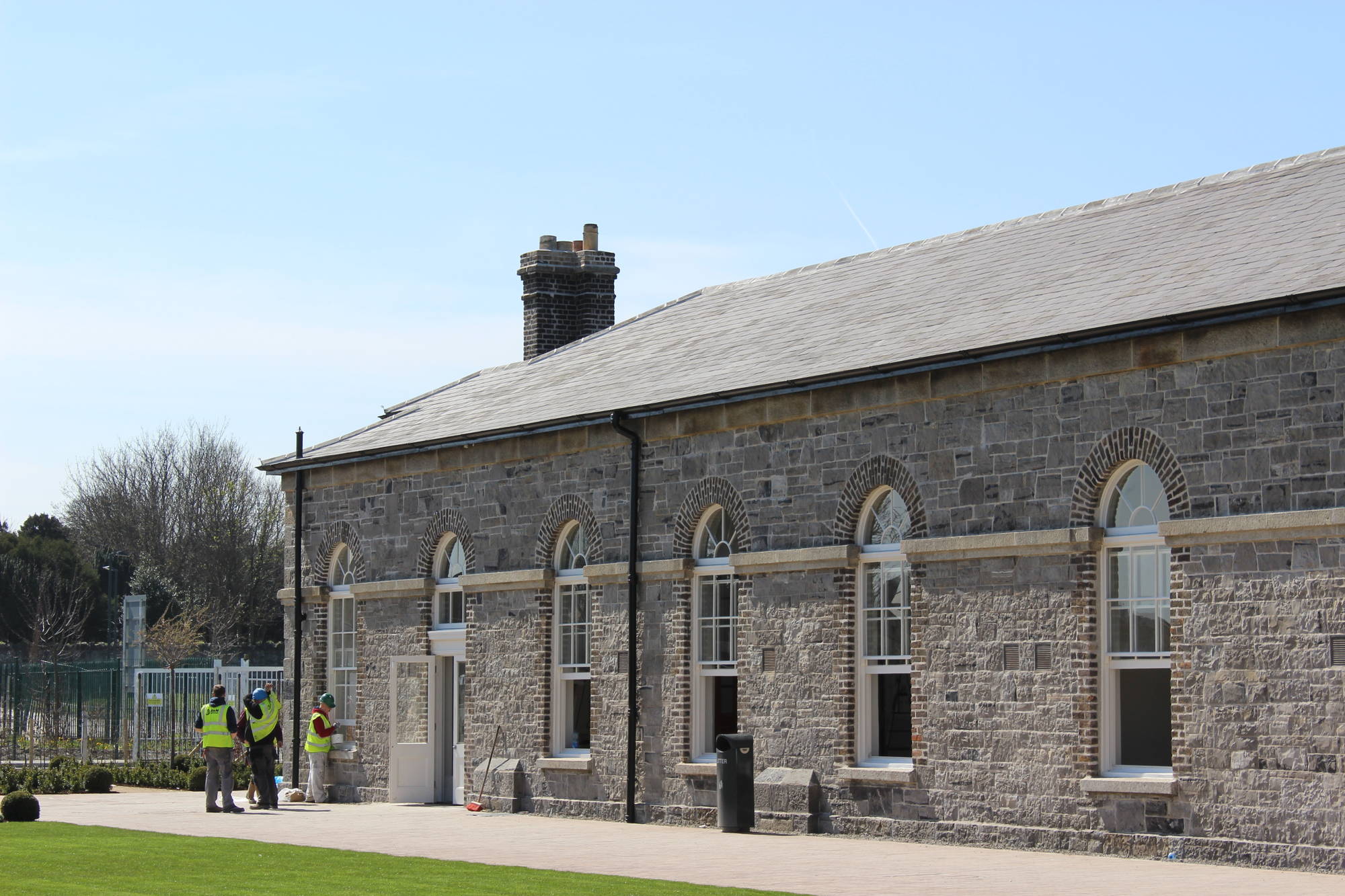